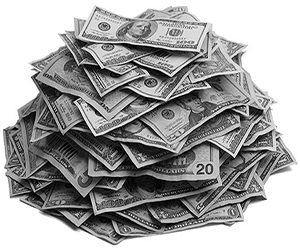 Getting arrested is an unfortunate event that you wouldn’t want to happen to you or a loved one. However, there are instances where charges may be pressed against you.

Some people who are imprisoned can be seen as innocent until proven guilty. Sadly, some find themselves awaiting trial for a long period in a cell.

The Importance of Phoenix Bail Bonds

There are people who have heard of Phoenix bail bonds without knowing what they can do for someone. Defendants tend to have a more difficult time when they do not have this option on their side. The following are some reasons why it is crucial to secure Phoenix bail bonds:

The primary purpose of Phoenix bail bonds is to allow individuals to be released from prison until the set court date. Phoenix bail bonds can be acquired by defendants facing different charges. This option is even applicable to minor cases, such as the inability to pay for ticketing fines.

Coordinating with an agent who specializes in Phoenix bail bonds will help make the process easier for you. It is highly advisable to get the help of a professional in cases such as yours.

A judge is responsible for setting the bail amount. Unfortunately, this can be quite costly for most citizens. If paying for bail is going to be a financial burden for you, then it is better to get Phoenix bail bonds.

At Alliance Bail Bonds, we accept different types of properties as collateral for Phoenix bail bonds. Contact our team for further details about the items that can be posted..

Not everyone has a clear understanding of Phoenix bail bonds. As such, it is important for you to learn from the experts. Our team at Alliance Bail Bonds can guide you through the process and offer Phoenix bail bonds options that work best for your situation.

We have worked with many clients from Arizona and surrounding areas. In addition to providing them with Phoenix bail bonds, we also respond to any of their inquiries and help them cope during this difficult time.

Arranging Phoenix bail bonds can be quite easy when you let us assist you. If you find yourself in need of Phoenix bail bonds, we will be right there for you. You can learn more about bail bonds here: https://www.moneycrashers.com/jail-bail-bonds-types-money/

Who You Can Turn to for Phoenix Bail Bonds

Alliance Bail Bonds is committed to helping imprisoned citizens get released by providing them with Phoenix bail bonds. We understand the financial strain of paying bail. Our company offers many flexible payment options and a guarantee that there will be no hidden fees.

Whether you have questions about Phoenix bail bonds or would like to hire us, we are only a call away. Someone will always be on the other end of the line for 24 hours a day. Feel free to contact us today!

Those who are charged with an alleged offense and put in police custody are often required to post bail if they want to get out of jail. While seemingly straightforward, the process is not without challenges. That is because the bail amount asked of the accused is normally beyond the financial capacity of most people. Fortunately, he or she can call in a bail bond company for technical and financial assistance.

Alliance Bail Bonds is committed to providing top-notch bail bond services to clients in Mesa, AZ and nearby areas. If you have a loved one who is under arrest and likely to be held over until trial, you can count on us to help with the jail release. Our friendly and skilled bondsmen have a solid background in bail bonding, and they can walk you through the process with unwavering patience and efficiency.

Bail is a process in which an alleged suspect is required to pay an amount of money, also called “bail,” to be released from jail. The court commonly sets bail at a high amount, which is why defendants or their family is often unable to pay it themselves. This is where bail bonds come in helpful.

Because the bail bond company is on the hook for a hefty sum of money, the defendant must provide collateral (house, vehicle, firearm, or others) before a bond is issued. The collateral will be returned to the individual who pledged it if the defendant fulfills all financial obligations and court requirements. Meanwhile, the percentage paid to the bail bond company will be the service fee.

If the defendant fails to show up at court or “skips bail,” the bondsman can hire a bail recovery agent, also called a “bounty hunter,” to track down the accused and deliver him or her to the court. The defendant may also face foreclosure or lose the property used as collateral to obtain the bail bond.

We understand the emotional strain and fear that come with facing a criminal charge. Our team is here to help so that your family member or friend does not spend more time in police custody than necessary.

Leveraging our background in the sector, we will answer your questions to the best of our ability, provide invaluable advice, and relieve you of most of your worries. We will not only be your bail bond professional but also your moral and emotional support at this difficult and trying time. Click here to learn more about us.

Ready to Be of Service to You Anytime

No matter the time of day, we are available to receive calls from our clients. We believe that no question or concern is too small, so we advise that you consult the professionals at Alliance Bail Bonds about any aspect of bail bonding. With their extensive experience and knowledge, our fully bonded and licensedbail bond agents will educate you on the best options to fund your bail bondneeds.

Our Areas of Service

For solutions to your bail bond concerns, trust only Alliance Bail Bonds. We write bonds for clients in the following Arizona cities:

Turn to One of the Most Reliable Bail Bond Companies

Do you need to secure a bail bond for an accused family member or friend? Let one of our seasoned agents write and issue it for you. We at Alliance Bail Bonds will do whatever we can to help your loved one be on his or her way home to you. Get in touch with us today at 888-306-5364 (toll-free) or 480-306-5364.