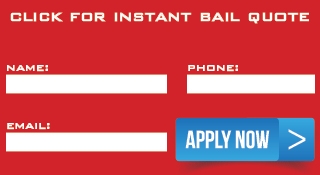 The Court System in Arizona

The court system in Arizona has three levels

Limited jurisdiction courts are justice and municipal (or city) courts. These courts have jurisdiction over a limited variety of cases. They are nonrecord courts, meaning that permanent records of court proceedings are not required. However, some courts do make a record of proceedings.

The general jurisdiction court is the Superior Court of Arizona, a statewide trial court. This court hears the widest variety of cases and keeps permanent records of court proceedings.

The state appellate courts have jurisdiction to review trials and decisions appealed to them. Most appeals come from the superior court, except for death penalty appeals and some cases involving elected officials and disputes between counties, which go directly to the Supreme Court.

If you or a friend or loved one are arrested they will be arraigned to appear before  either a city/municipal court, a Justice court or a superior court.

Municipal court judges (magistrates) hear misdemeanor criminal traffic cases such as driving under the influence of alcohol, hit-and-run and reckless driving where no serious injuries occur. They hear civil traffic cases, violations of city ordinances and codes, and issue orders of protection and injunctions prohibiting harassment. They can also issue search warrants. They DO NOT hear civil lawsuits between citizens.

Each county has justice courts that are presided over by a justice of the peace, who is elected for a four year term.  These include civil lawsuits where the amount in dispute is $10,000 or less, landlord and tenant controversies, small claims cases and the full range of civil and criminal traffic offenses, including DUIs.

Justices of the peace also resolve other types of misdemeanor allegations (e.g. shoplifting, writing bad checks, violating restraining orders) and, like other trial judges, also handle requests for orders of protection and injunctions against harassment.

Criminal Jurisdiction – Some justices of the peace conduct preliminary hearings on felonies.   All justice courts hear every type of crime that is a misdemeanor under state law, including; Assault and Battery, DUI (Including Extreme DUI), Bad Checks, Violations of Orders of Protection or Injunctions Against Harassment & Underage Drinking.